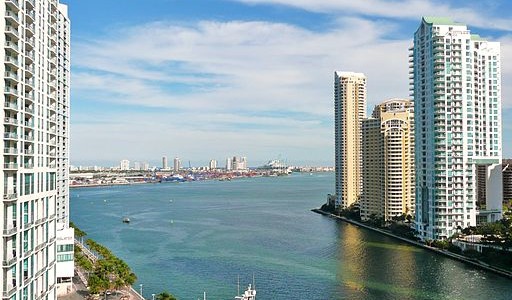 Will the Miami River be Miami’s Next Waterfront Living Hotspot?

Miami has never been a city to lack desirability and with numerous neighborhoods getting facelifts from developers and investors, Miami’s newest hotspot for luxury waterfront living could just be the Miami River.  Already culturally rich, Miami continues to expand its diversity with surrounding neighborhoods, such as the art scene of Wynwood, proximity to Brickell City Center, which includes retail, residences, and office space on over 11-acres, with the Miami River making its own resurgence.

For example, Kar Properties, together with Rafael Viñoty, made public their plans for the One River Point. This monumental gem will sit on the River’s bank and have two symmetrical towers, with a connecting Sky-bridge encompassing all the views from the surrounding area.  Other developers, such as Riverwalk East Developments, announced their plans for a condo tower at 300 Biscayne Blvd. Way and it will be 69 stories with 384 condos.

The Great Appeal of Developing the Miami River

With a rich history of American Indian tribes, such as the Tequesta and Seminole Indians, the Miami River has been a mod-podge of everything from mansions to industrial buildings. Although the revival of the riverfront has already begun with restaurants such as, SeaSpice, Edge, Sushi Samba, River Oyster Bar, and more, more residential buildings will join Miami’s Brickell, Downtown-area, which has been thriving with Condo developments. Residents are able to pull in Miami’s views from their own living rooms and balconies.

The Miami River Area is fifteen minutes to the airport, close to the fitness outlets of Sunset Harbour, Miami Design District, and really any neighborhood.

For more information about the beautiful Miami River or other areas in Miami, or you are interested in selling your home, please don’t hesitate to contact Suzanne.